Words Are Not Always Needed

You speak without words

Yet your message is so clear

And I ride the flame 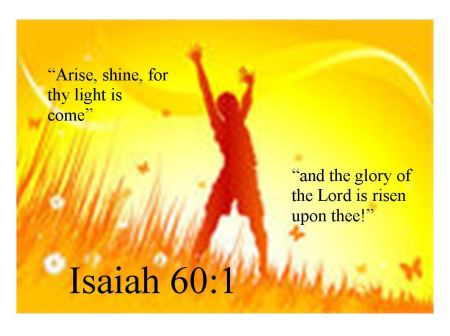 Comments Off on Words Are Not Always Needed |

Technology makes so many things quicker, easier, and more efficient and we often hear people speak of the past as “oh, before . . .(insert your favorite site).” One thing technology and social NETWORKING sites do not improve is relationships! In these days of efficiency we have become too busy for relationships, for love, for being together, and for so much more . . . constantly claiming we are too busy for “that.”.

Efficient technology should free us, not consume us! I love you, my friends.

We are more accessible than ever, and lonelier as well.

Time to recharge the batteries in our hearts! 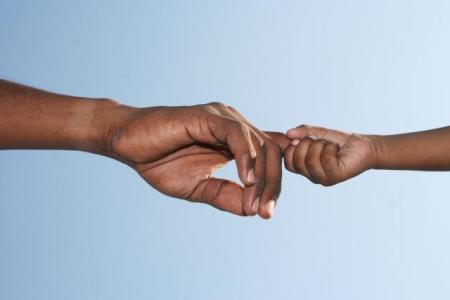 Wordlessness . . . A Quote For Sunday

Perhaps, this being my Sunday post, my thoughts on this quote have been slanted some but I suspect the title of “wordlessness” is not one you’d expect a writer to jump to.  Oh, but one can be inspired at any given time and love, peace, inspiration, and other delights do not always require words, do they?  My thoughts might not be what the original quote relates to, but sometimes messages go from one being to another in the way we clasp hands, enjoy a sunset, a walk on the beach, or paging through a book of memories . . . simply heart to heart and soul to soul . . .

Much of what was said did not matter, and much of what mattered could not be said.

I read this quote earlier and it was really one that touched me deeply:

The way we talk to our children becomes their inner voice.

Taking Peggy’s words here a step further than she appears to say, I firmly believe and know that not only do we affect the way the children in our lives view themselves in later life, but also the way in which they know God Himself depends largely upon the way in which we talk to them and make them feel.  When we grow impatient or reactionary . . . when we speak without considering our tone, our word choice, and the power of life and death contained in words, we can do lasting damage to another OR we can lead them toward the absolute knowledge that they are beloved sons and daughters of the King of Kings.  Which image are you projecting?  Is it the one you truly desire to?  PLEASE resolve to be a positive influence moving forward!  God bless you in your journey!

I have been tagged!   What fun!  I have not played tag in years, so I am quite happy to have a reminder of how much I enjoyed it.  Thank you http://rebecaurora.wordpress.com/  for inviting me to join the game and for providing an opportunity to get to know my fellow bloggers better!

Now to get down to business, since as  with awards there are rules for the WordPress tagging, too.

2 Answer the questions the tagger has set for you in their post and then create eleven new questions to ask the people you’ve tagged.

3 Tag eleven people and link to them on your post.

4 Let them know you’ve tagged them!

And, here are my 11 questions to answer:

Here are the tagged blogs

Questions for you to answer so that we can know you better:

Okay, Heaven DOES Have Wi-Fi, Right?

“How is everything?” the waitress asked.  “Lousy” my Dad replied in a good-natured tone of voice.   “Great” she responded, walking on.

“Hi, Martha, how are you?” George asked as I picked up the phone.  “Good Morning, I’m . . .” was as far as I got because he’d already gone on with the favor he was calling me to ask.

“Go in peace to love and serve the Lord” Fr Rick spoke from the back of the church as the Mass came to a close.  Pocketbooks were being picked up, books returned to the racks . . . eventually one or two uncertain voices did add “thanks be to God.”

My late father was an amazing man.  He never met a soul who wasn’t his friend.  He loved a good joke.  He was the first to volunteer if anyone asked for help.  He also liked to “make a statement” or “have some fun” as he called it.  When people asked him those questions we hear so often that they no longer register with us, like the waitress asking how the food was the minute the first bite met his lips and before he had really tasted it, getting out an answer with his mouth full and answering the way he did was a fun way to make a point.  She wasn’t listening and likely was not really aware she’d asked the question.  It was a habit formed from a long time spent serving meals.

As the church service comes to a close, the priest, pastor, or minister always makes some type of closing statement and in most churches I have attended there is a response to be made from those in the congregation.  Occasionally, due to a change of season in the church year, the response has to be changed a bit, but not too much.  Yet, these responses issue forth from us, or not, without our giving them much thought.  We are on “auto-pilot” and thus if we answer at all, it is often delayed, half-hearted, and sometimes misspoken.

We have all said “hi, how are you” many times in life.  Actually, it’s spoken many times a day by most of us, especially if we are in a “customer service” line of work.  Do we ever hear the answer?  Do we even listen?

Listening.  It is a subject which keeps coming up in conversations lately.  It got me thinking about communication in general.  Our ability to communicate has so amazingly increased in recent decades, years, months, even days.  Technology is ever-increasing and the capabilities of the devices we cannot live without is mind-boggling.  The devices themselves grow smaller and smaller in size all the time.  The prices continue to drop.  I am reminded of a time when, from what I’ve been told, not everyone had a home phone, a radio, a television set.  Look at us now.  Yet, I would have to say that our effective communication, with all these options, is in my opinion at an all time low.

I used to collect antique post cards.  I have a set of penny postcards from the late 1800s or early 1900s.  They are dated and clearly are a continued conversation between two young lovers.  The mail was delivered twice daily at that time.  I’m not a history buff, but I can tell that this is true because one post card stated “I’ll be over later on today” and spoke of riding a bicycle to get “there.”  There was another card in this set which responded with “I’ll have the tea things ready.”  Fast forward to this weekend when I called and left a message for a friend, but didn’t hear back and thus emailed.  I needed to contact another friend and sent an email, but when he didn’t show any sign of having seen my message, I sent him a text message from my cell phone to his.  I spoke to him yesterday in person and he showed no sign of having seen or heard any of these attempts to contact him.

Communication . . . listening . . . this brings me back to the debates of late on whether God really does speak to us.  I know He does.  The Bible also tells me He does.

“When he has brought out all his own, he goes on ahead of them, and his sheep follow him because they know his voice.”  John -10:4

“For he is our God and we are the people of his pasture, the flock under his care. Today, if you hear his voice” – Psalm 95:7-8

“But this thing commanded I them, saying, “Obey My voice, and I will be your God, and ye shall be My people; and walk ye in all the ways that I have commanded you, that it may be well unto you.” –Jeremiah 7:23

No, in answer to the question posed in the title of this writing, heaven does not have Wi-Fi.  I don’t think it would matter if it did.  The answer to effective communication is effective listening.  If we don’t effectively listen to the individual standing a foot away from us, chances are we are not effectively listening to our Lord God either.  We’re human.  We’re flawed.  We’ve forgiven.  We can be changed.  Ask Him.  He’ll tell you.

I can’t count how many times a day I hear “if only I had more time” or “oh, I wish I had time to” or “or sorry . . . not now, I’m in a rush.”  Amazingly enough, or not, most of these people constantly post messages on social networks urging us to “repost this if you . . . “  The same folks forward email which insists that if I don’t forward it within 5 minutes to everyone I know, something dreadful will happen to me but promise that if I do forward it, my wealth will increase immensely and my life will never be the same.  “Act now – right after you read this!”  Chain letters.  That’s all these empty claims and false threats and unfulfilled promises amount to.  I’m old enough to recall chain letters when they came in the mailbox and were written on paper.  Same basic theory.  They demanded that I write out lots of copies of the letter and send it to all my friends or my life and livelihood and those of my friends and family would be in danger.  Same game as ever, now via electronic media.  Some of these seek personal information, request money, etc.  Please tell me you’re not that naive?

How many times have we said or heard someone else say any of the following:

The list could go on and on and many of the things on this list could easily be fit into our day if we carved out a 15 minute break to accomplish it.  Yet so often that is considered impossible.  However, how much time is spent reading those tiresome chain letters which we receive by email and through social media?  How many have you received in the last hour?  How often do you struggle to find 10 people to “forward this to” and hope you can find enough who don’t know you too well because you’re embarrassed to be doing this but can’t break the chain?  Come on, you don’t have to tell me, but admit it to yourselves, won’t you?

Did you know that these chain letters (by any other name) can also be illegal?  True!  In the United States gambling is not legal everywhere and some of these chain letters are considered by the government to be gambling.  Others are considered pyramid schemes, go against Post Office regulations, are considered fraud, or contain viruses which you spread to your friends’ computers when you forward them.  They also go against regulations at many offices, schools, and colleges.  As I view it, sending them gains us nothing and the potential loss is too great.

Some of my friends frown at me when they find out I delete these things, remove them from my “wall” on social networking sites, and rip them up when they come by the rare postal mail delivery.  I am told “oh, but they’re fun” and recently lady from my church sent a get rich quick scheme chain letter because “you never know.”  Sorry to disappoint anyone, but what I do know is that the time I could be wasting  participating in these activities is better spent hugging someone I love, saying an extra prayer, reading an extra chapter or two in my book, or brewing a pot of coffee.  Try it!  You can find the time!