My residence – so disappointing,

there was nothing I could do.

I was ready to give up

but then my Father spoke to me.

He started with the woodwork,

and then the windows had to go!

took up residence right there.

Instead of leaving in the night,

His love did me repair.

I learned  so very much from Him!

Soon everything was new!

giving blessings in His name!

My Mom and Dad both helped me reno my house and me!  The most important task they did was lead me to my Lord and my God!- ML Shaw

Comments Off on My Father |

MY FIRST GLIMPSE AT JESUS

My mentor was a humble man.

He didn’t look for praise,

Many would say “He had NOTHING.”

Sweaty and tired from hard work,

he’d be the first to offer a hand.

If someone needed a friend,

He’d offer a cup of coffee.

He didn’t have much,

but I say he had it all.

It takes so little to change someone’s day,

or perhaps their life.

but he always shared his heart.

He was and is my mentor!

If you look at me I hope you’ll see

His eyes looking back at you,

for when I looked at his I’d see

Jesus looking back at me.

My mentor and my Dad 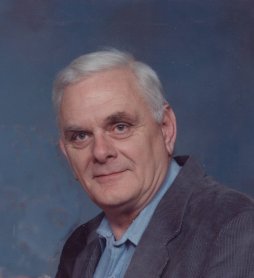 I read this quote earlier and it was really one that touched me deeply:

The way we talk to our children becomes their inner voice.

Taking Peggy’s words here a step further than she appears to say, I firmly believe and know that not only do we affect the way the children in our lives view themselves in later life, but also the way in which they know God Himself depends largely upon the way in which we talk to them and make them feel.  When we grow impatient or reactionary . . . when we speak without considering our tone, our word choice, and the power of life and death contained in words, we can do lasting damage to another OR we can lead them toward the absolute knowledge that they are beloved sons and daughters of the King of Kings.  Which image are you projecting?  Is it the one you truly desire to?  PLEASE resolve to be a positive influence moving forward!  God bless you in your journey!

Why Didn’t My Ancestors Smile More? 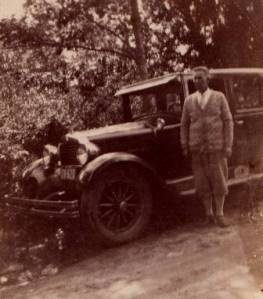 I love looking at old photographs just as I always loved listening to the stories my late father told me.  Thinking about my parents as I look at the tattered pictures that represent a past I know so little about, I can’t help but wonder how my happy and laughing parents, and thus I as well,  could come from such somber-faced lineage.

In my Mom’s case there seemed few if any children in the many photographs.  Mom even now so late in life finds reasons to giggle.  I think perhaps she was just what they needed to break free.  In my late father’s family it was quite a different story.

My Dad was my hero.  To this day if you ask me I’ll insist that he knew everything and could fix anything from a broken doll to my broken heart and it brings tears to my eyes even now when I realize that he’s not in the next town or the next room with his arms out ready to hug me and “fix it.”  He always could.

My Dad didn’t learn those things in school, though, because he wasn’t able to go to school but for a very few years.  He was tall for his age and strong.  He was needed to use that streangth and height to help support his family.  You see, the polio epidemic came to the country town he grew up in and nearly took his only brother and his Dad, my Grandfather.  Grampy was so young then and no longer able to work.  My Dad needed to work and help support his family at a time when he should have been grumbling about homework and playing ball or riding his bike.  He didn’t complain.  I wasn’t there but I knew my Dad.  I’m sure I’m right in saying he didn’t complain.

My Dad rarely complained.  He also rarely had any extra money.  There was always another bill to pay with every dollar he could earn.  With just an elementary education, though, he learned more than many with 16 years or more of classroom time.  How?  Because when he was with a person, he was interested in that person.  He focused on the person.  He cared.  Everyone he met was his “pal.”  I so ofteen heard him saying “hi pal!”  He met people down and out and people who were “big” name folks and they all were greeted that way.  They all loved him and called him “hero” just as I still do.

He often spoke of the things he learned from these people.  He learned “simple” things, in his own opinion.  He could build a house, fix the plumbing, make a lamp, install a telephone when it wasn’t simply a wireless device.  He could fix breakfast or a broken baby doll.  Anyone who needed something fixed and was baffled knew they could call on him.  He’d fix it.  He’d always know just what to do.  He always smiled.  Those old family photographs betrayed how challenging life was “in those days” but not the ones with my Dad in them.   He always had a smile, a laugh, an outstretched hand.

Funny, he would say he didn’t know much and that he learned from everyone around him.  I think he had it wrong and I know they’d all agree.  I believe they learned far more from Dad than he ever learned from them, and Dad met every challenge with a smile!