TAKING AFTER THE FATHER

Has become the sanctuary of the Most High

I gave all of me

His Fix-It Shop For the Heart – A Tanka

It is pouring rain.

Here I sit in hope not felt

Yet I still believe.

I have not placed my fingers

When you plant the seeds of love

and the plant reseeds itself

I took a stroll

On a clear day.

I bent to pick up a stone

And tossed it in

And OH the ripples

From that one small gesture. 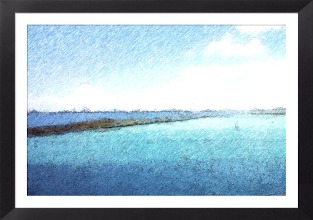 I am researching a writing project and just used a search engine to pull up sites connected to the keywords “reflect Jesus.”  As those of us who use search engines know, the first few hits are generally the ones that these services intend to be the most appropriate for our needs.

One of the first hits related to “reflect Jesus” was an ad for a new outfit of clothes.  I didn’t go to that site.

Are You One in Ten?

Wow, I woke up tormented today by voices in my head which spoke of gloom and doom and lack of hope.  I considered writing about it, but didn’t want to fan the flame, so I read some.  As I read, the loud voices in my head continued their firm stand on things, but the voices of heart and soul began to whisper . . .

I quickly began to feel the peace pouring out of that place and the whisper won out over the loud voices.  What I read spoke of all that’s real and of being Christlike . . . the truth didn’t need to shout . . . shouting is for the untruth.

I also read that only one in ten in any given group of Christians are truly ready to take on our commission and are willing to do the work.  Initially, this sounded discouraging.  Not so.

When I was last working, back in MA before a move and a bad economy shifted things, I recall the sales part of my banking career and the truth that our great product was likely to be met with only one “yes” in ten attempts to sell it.

Know what?  When those one in ten who want the good and the real and are willing to do what is necessary to be what they truly are . . . when that one in ten who buy the good product at a high cost over the cheap imitation . . . suddenly, the product sales go up, because those one in ten reflect its glory so brightly.  Suddenly, the number of those whispering the truth is growing and those who have to shout to make the lie heard?  They are growing fewer.

Are you one of the ten?